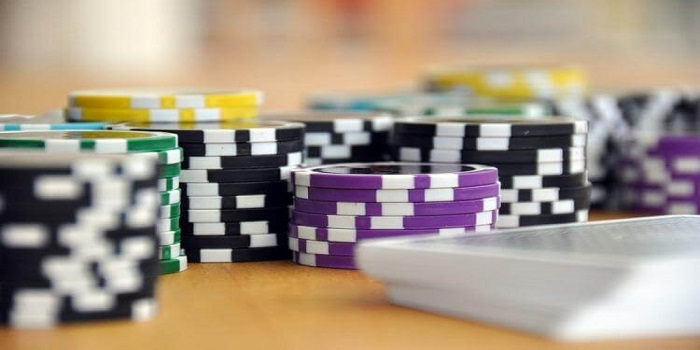 There is a familiar look to the top of the J-League, where Gamba Osaka and Urawa Reds currently occupy the top two positions.

The two clubs clashed in front of 55,258 fans at Saitama Stadium on May 13, where the shares were spoiled in a 1-1 draw, after Bare’s early opener was cancelled out by Washington.

Washington endured a frustrating afternoon Agen Qiu Qiu against Gamba, first seeing a goal chalked off for a foul on thirty-seven minutes, before Gamba goalkeeper Yosuke Fujigaya saved Washington’s spot-kick after sixty-four minutes. The temperamental striker finally got on the score-sheet after seventy-six minutes, as the honours were shared in Saitama.

Gamba got back to winning ways on May 19, beating Kashiwa Reysol 2-1 in wet conditions at Expo ’70 Stadium in Osaka. Ex-Ventforet Kofu striker Bare scored his seventh goal of the season to open proceedings. Midfielder Takahiro Futagawa then produced an early contender for goal-of-the-season, with a stunning thirty yard strike that rocketed passed Yuta Minami in the Kashiwa goal.

On the stroke of half-time former Bayer Leverkusen front-man Franca played in strike partner Tadanari Ri, and the Japan under-22 international produced a clinical finish to beat Fujigaya in the Gamba goal. That’s how the scoreline stayed, as the second half failed to match the excitement of the first.

In Aichi-ken 34,347 fans turned out at Toyota Stadium, but the home fans left disappointed as Urawa snatched a 2-1 win over Nagoya Grampus Eight. With Marcus Tulio Tanaka missing through a thigh injury, Brazilian defender Fabio Nene stepped in, and he opened the scoring by heading home Robson Ponte’s twenty-seventh minute corner.

Norwegian international Frode Johnsen equalised when he ghosted in behind the Urawa defence to volley home Shohei Abe’s left-wing cross, as the two teams went in level at the break. It took until the eighty-fourth minute for Urawa to conjure a winner, when Washington stabbed home from twelve yards to maintain the pressure on Gamba Osaka at the top of the table.

The match between Omiya Ardija and Yokohama FC was delayed for twenty minutes as a ferocious storm swept over Komaba Stadium, drenching the 9,466 fans in attendance. It was the home side who ultimately came out on top, with an eighty-third minute Daisuke Tomita winner relieving some of the pressure on new coach Robert Verbeek. The win lifts Omiya above Yokohama FC, although Omiya are still second-from-bottom on the J-League table.

JEF United turned in a diabolical performance at Fukuda Denshi Arena, losing 3-1 to visitors Sanfrecce Hiroshima, for whom Ueslei scored a hat-trick inside half an hour.

The problems began for United when veteran goalkeeper Tomonori Tateishi raced towards the corner flag to intercept a stray ball. Ueslei arrived first, and his cross was handled on the goal line by Koji Nakajima. Referee Yuichi Nishimura was lenient in showing Nakajima a yellow card, but Ueslei was less generous, and he converted the spot-kick after just six minutes of play.

Ueslei’s second goal was another comedy of errors, as his weak left wing cross eluded everyone in the United defence and crept inside Tateishi’s near post. The thirty-five year old Brazilian could hardly be described as one of the faster players in the J-League, yet after thirty-six minutes he managed to shake off defender Hiroki Mizumoto and race onto a through ball, before expertly finishing passed the hapless Tateishi to complete his hat-trick.

Koki Mizuno managed a late consolation goal, but the worrying sight of Naotake Hanyu being stretchered from the field after a sickening head clash ensured that JEF United’s day went from bad to worse. The players were booed off the pitch by sections of the United faithful, and Bosnian coach Amar Osim is now under pressure to keep his job.

In the Sunday fixtures, Jubilo Iwata twice came from behind at home against Vissel Kobe, only to fall 3-2 to a late Leandro winner. Yusuke Kondo opened the scoring for the visitors at Yamaha Stadium, and Leandro added a second after just fourteen minutes of play.

Jubilo stormed back through goals from Robert Cullen and Sho Naruoka, however Leandro’s seventy-sixth minute winner ensured the points went back to Kansai, as Kobe move up to ninth place in the J-League, one point behind eighth placed Jubilo.

Consadole Sapporo are five points clear at the top of the J2 standings, after their recent 3-0 home win over bottom club Mito Hollyhock.

Vegalta Sendai missed a chance to close the gap on second placed Montedio Yamagata, when they were beaten 2-1 by Tokushima Vortis at Yurtec Stadium.

Cerezo Osaka have dropped down to eleventh place in J2, after they were beaten 2-0 at home by second-from-bottom Ehime FC.

Kawasaki Frontale booked their passage to the quarter-finals of the Asian Champions League with a 3-0 win over Arema Malang at Todoroki Stadium on May 9 – becoming the first Japanese team to qualify for the knock-out stages since the tournament was revamped in 2003.

Captain Kengo Nakamura scored twice for the home team, before Taku Harada wrapped up proceedings for Kawasaki. Last season’s J-League runner-up travel to Thailand for their final Group F encounter on May 23, where they will take on Bangkok University.

2006 J-League champions Urawa Reds are having a tougher time sealing qualification. They currently top Group E, but they face 2005 A-League champions Sydney FC in a do-or-die showdown at Saitama Stadium on May 23.

Urawa must avoid defeat in that match to seal their progression to the quarter-finals. Things could be worse for the defending J-League champions, with Sydney FC midfielder Ufuk Talay having hit the crossbar from a penalty in Sydney’s most recent 0-0 draw at home to Shanghai Shenhua United.

That means that Sydney FC trail Urawa by a point in Group E, and they will need to overcome a hostile home crowd at Saitama Stadium if they are to book a passage to the last eight of the competition.

Japan take on Montengro in the first match of the 2007 Kirin Cup at Ecopa Stadium in Fukuroi on June 1st. They then meet Colombia at Saitama Stadium on June 5.

Japan had already advanced to the final qualifying round for the Beijing Olympics, however they still managed a comfortable 4-0 win over Hong Kong to seal top spot in Group B of the qualification tournament.

Kashiwa Reysol striker Tadanari Ri opened the scoring in Hong Kong on May 16, before tall FC Tokyo striker Sota Hirayama added a second for Japan, shortly before the break.

Second half goals from Nagoya’s Keisuke Honda and JEF United’s Koki Mizuno wrapped up the points for Japan, who face Malaysia at the National Stadium in Tokyo in their final group match on June 6.

Japan have been drawn in Group D for the upcoming FIFA Under-17 World Cup in Korea Republic, where they will face Haiti, Nigeria and France for a place in the knock-out stages of the tournament.

Former Gamba Osaka striker Masashi Oguro has reportedly refuted suggestions that he could be on his way to Omiya Ardija, after a poor first season in Italian football. Oguro has made just seven appearances for Torino in Serie A, with his club still not mathematically safe from the drop going into the final game of the season.

On-loan Kashima Antlers midfielder Mitsuo Ogasawara is another player rumoured to be on his way back to the J-League. He is out of the first team picture at Messina, with the Sicilian club having already been relegated to Serie B. Despite earlier claiming that he would try his luck with another team in Italy, Ogasawara could be on his way back to Kashima for the second half of the J-League season.

Daisuke Matsui is another Japanese player likely to be on the move, after falling out of favour at French Ligue 1 outfit Le Mans. Matsui scored in Le Mans’ 1-1 draw at home to Nantes on May 6, before setting up the winner for Brazilian striker Grafite in Le Mans’ 1-0 away win over Toulouse on May 10. Despite his good form Matsui is reportedly heading for the exit door, with several Ligue 1 outfits having reputedly tabled offers for the former Kyoto Sanga FC star.

Galatasaray suffered another blow as their disappointing season winds to a close, when they were recently beaten 2-1 at home by bitter rivals Fenerbahce. Ex-Fulham and West Bromwich Albion midfielder Junichi Inamoto has been a virtual ever-present for Galatasaray this season, and he looks set to extend his stay at the Turkish giants.

Japan international Naohiro Takahara finished the season as Eintracht Frankfurt’s top goal-scorer, having hit the back of the net eleven times in the Bundesliga. Frankfurt narrowly managed to avoid relegation, and they will miss Takahara during pre-season training for the 2007-08 season, when he represents Japan at the Asian Cup.